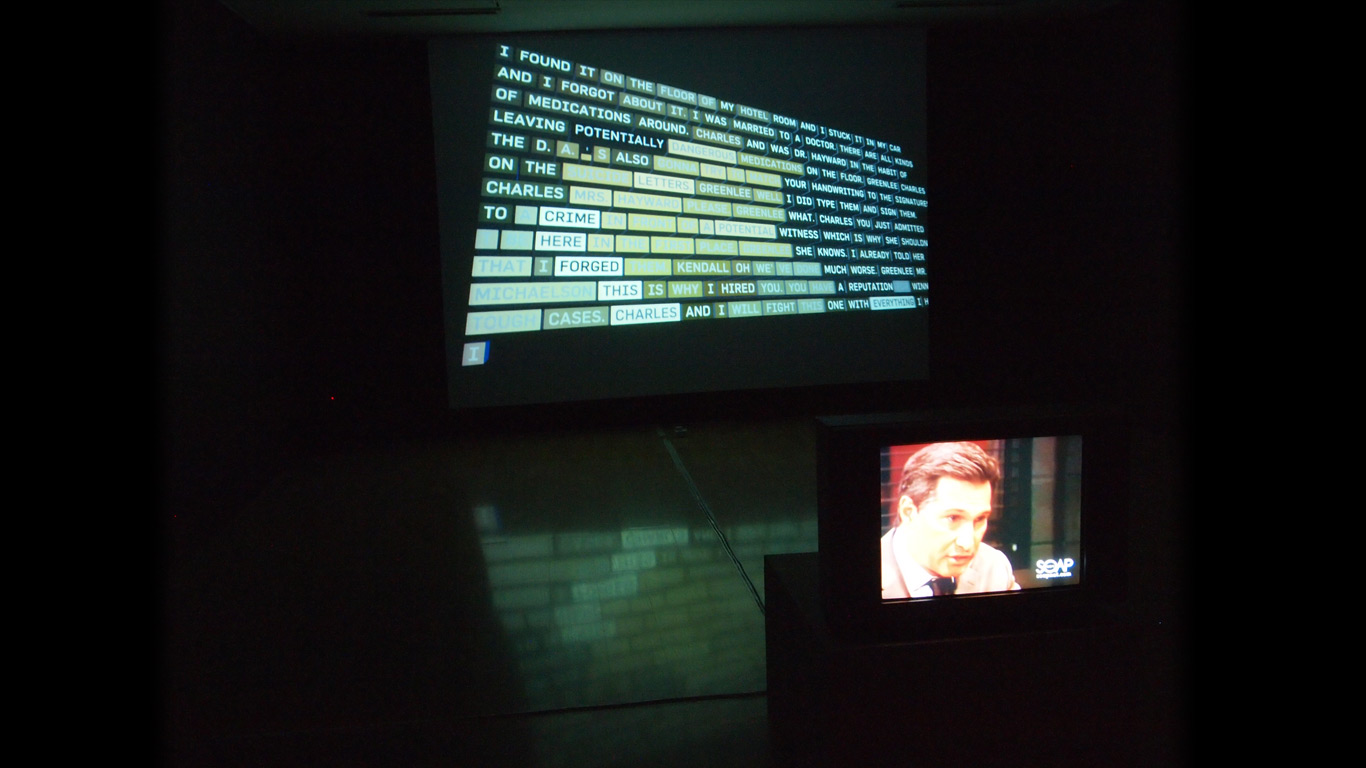 A small television sits out front, playing TV. Projected onto the wall directly behind is a live transformation of the television signal. In this installation, we used a feed from the SOAP channel, a non-stop source of American daytime soap operas and frighteningly loud commercials.

The transcript of the broadcast is turned into a three dimensional topography of colors, oscillating forms, and linguistic computations. The software watches TV, combing the transcript for emotional and thematic content. The TV soundtrack is transformed into a multi-layer composition, alternating from lifeless robotic speech to cavernous melodic drones. The effect is a floating typographic life form - fed by, performed by, and eternally making sense of, the television.

Set Top Box was debuted at the 2010 Shanghai Bienalle and was also included in Graphic Design: Now in Production, a seminal travelling exhibition that has been shown at the Walker Art Center, Hammer Museum, and Cooper Hewitt. The show ran from 2011 to 2014.

The reverse side of the object is extruded based on the video signal.

Exhibited at the Cooper Hewitt

Exhibited at the Shanghai Biennale

Transforming a restaurant with an artwork that turns TV into a never-ending conversation.

A fresh spin on civic engagement with a remix of the Presidential Debates.

Transforming a restaurant with an artwork that turns TV into a never-ending conversation.

A fresh spin on civic engagement with a remix of the Presidential Debates.

View Project
Back to All Projects