Turning the London Eye into a mood ring for the UK with sentiment analysis during the 2012 Olympics.

We teamed up with EDF Energy, the official electricity supplier of the London 2012 Olympics, as well as Ignite, the experiential marketing agency, to create a light show on the EDF Energy London Eye every night of the Games.

Our software captured all of the tweets coming out of the UK mentioning the Olympics, and ran sentiment analysis algorithms  on them to determine their emotional content. The algorithm, called SentiStrength, was developed by Prof. Michael Thelwall at the University of Wolverhampton.

Emotional words like 'brilliant' and 'failure' are given scores. Booster or negative words such as 'very', 'almost', or 'never' modify the emotional score of any of the words they are found near. Punctuation can boost (!!!) or reduce (?!?!) the energy count. A large library of positive and negative emoticons are also used to discover non-verbal sentiment.

The rising and falling mood of the nation with respect to the Games is charted throughout the day on a large LED wall next to the Eye. Every night at 9pm the last 24-hours of data creates a unique data driven light show that plays out on the Eye.

of 10
Press & Accolades
“Energy of the Nation pushes boundaries by allowing people to get behind the Games on Twitter and see the emotion of these key moments represented each night on this globally recognised icon of London.”

UK Event Awards, Best Use of Event Technology of the Year

Cannes Lions, Bronze PR Lion in Best Use of Sponsorship 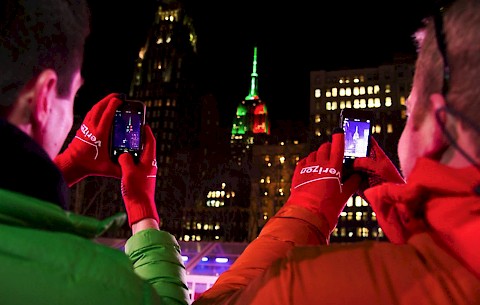 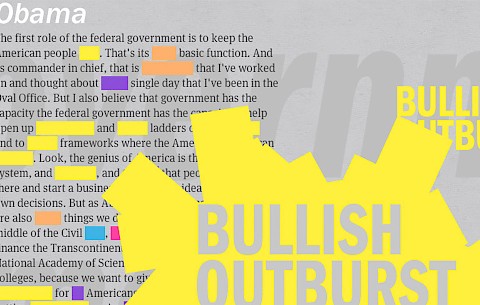