Illuminating the conversation between the city of Boston and its residents in an interactive public sculpture.

Crisscross Signal Spire is an interactive sculpture, designed by Höweler + Yoon, that visualizes the conversation between the city of Boston and its residents.

The braided tubes form an interconnected map of Boston’s communities. Each segment represents one of the city’s 24 neighborhoods, and lights up whenever a 311 request is submitted or resolved in the corresponding neighborhood. Special activations occur when events are submitted in Dudley Square, where the sculpture is located.

In addition to 311 data, the sculpture visualizes social media conversations with the City of Boston, and momentarily transforms into a sparkling beacon in response to tweets with the #signalspire hashtag.

Sosolimited partnered with Höweler + Yoon to turn data into light. We designed custom software that downloads 311 and Twitter data in real time, analyzes it, and transforms it into animated patterns of light.

Crisscross Signal Spire was supported by the Boston Arts Commission and the Boston Mayor’s Office of New Urban Mechanics. It is a striking piece that brings together data and art in the heart of one of Boston's oldest neighborhoods and serves as an illuminated barometer for the community.

Color changing LEDs inside of the sculpture light up whenever 311 requests are made.

Each segment of the sculpture represents one of the city’s 24 neighborhoods.

“The spire's elegant and simple look belies the sophisticated technologies used in its construction.” 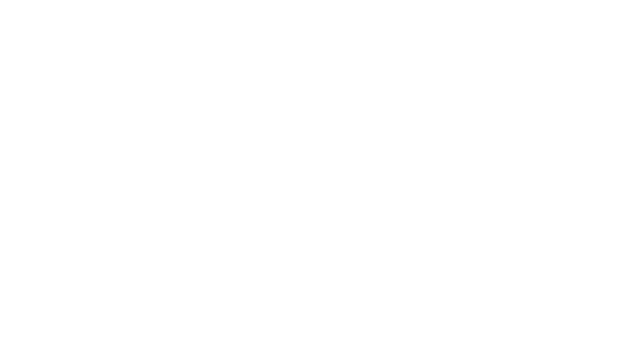 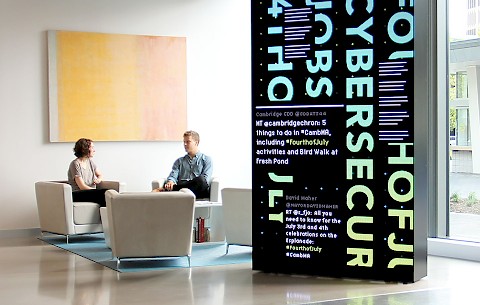 Visualizing the pulse of innovation in Kendall Square with a digital artwork powered by social media. 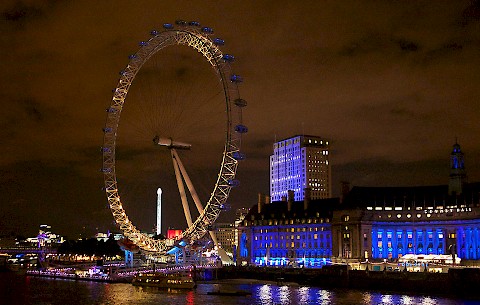 Turning the London Eye into a mood ring for the UK with sentiment analysis during the 2012 Olympics.