A typographic reinterpretation of modern dance commissioned by the Boston Cyberarts Festival.

Ascenders & Descenders is a typographic reinterpretation of Merce Cunningham's dancing hands as recorded by OpenEnded Group for the Loops project. The piece cannot exist without the feeble words that huff and puff to make sense of Merce's work. It is, in a sense, a Cunningham dance work reconstructed from textual deconstructions of other Cunningham dance works. Each finger has an associated excerpt from an article, review, or essay on Cunningham from the last five decades. These texts become the ink with which each finger manifests its movements. Each text is dynamically typeset in three dimensional space along the curves traced by his fingertips.

Sosolimited has been partnering with The Creators Project since its inception in 2010. In 2011, we were honored as Creators.

Ascenders and Descenders was shown at the Creators Project event in Paris at La Gaite Lyrique. A three-day event featuring works by Quayola, Ernesto Klar, Electronic Shadow, Yoshi Sodeoka, and Trafik, the event showcased the vanguard in digital artistic practice.

Infosthetics
The Creators Project
The Atlantic

Each finger is linked to a unique text about Cunningham and his choreography.

Subtle manipulations of the hands become a beautiful tangle of diving flocks and waterfalls of letters. 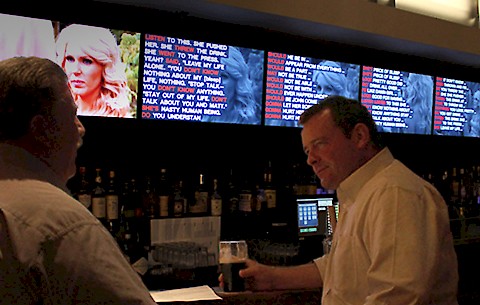 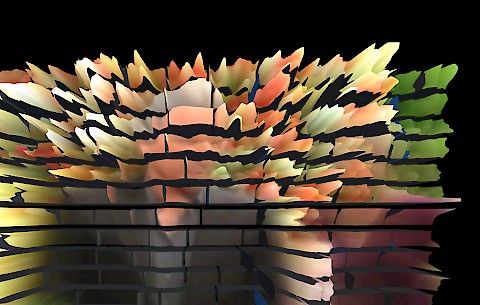